What you need to know: Code Coverage with JaCoCo

Developers today have access to a plethora of tools for measuring code quality through static analysis, code metrics, code coverage, and many more. These tools make it easier to achieve a higher code quality — assuming that you know how to use them. Though these tools may be useful if utilized correctly, coverage reports can also be highly misleading, making it vital to be able to understand the reports.

What is code coverage?

Code coverage is measured by determining the number of lines that are run through unit tests. This is called line coverage, which is the measurement most tools focus on. Line coverage simply reports the percentage of lines of code executed by taking the number of executed lines over the total number of lines of code. For example, if a particular method is 10 lines long and the unit test ran 7 of the lines, then we would say the method has a line coverage of 70%. This works the same with classes as well: let’s say a class has 500 lines and only 200 of those lines were executed, the class would have 40% line coverage.

While analyzing code coverage reports, the following are some of the benefits a team can reap:

It is important to remember that code coverage reports do not necessarily indicate the quality of the code. However, these reports can generate useful facts on where to focus during the next phases of development. From a testing perspective, the reports provide a blueprint of the codebase and allow you to examine exactly which parts were neglected by unit tests.  This allows developers to focus their attention on the untested, potentially most error-prone, parts of the code.

The point here is to try to get the maximum amount of code coverage on your entire codebase so you can see what parts of code have been executed. This will also let you examine where to add to more unit tests in order to cover more code.

JaCoCo is an open source toolkit for measuring code coverage in a code base and reporting it through visual reports. It is quite popular among the variety of code coverage frameworks out there. It measures line and branch coverage based on the code covered by running unit test cases and provides a visual report, including highlighted lines of code and the total percentage of code executed in each method.  From this analysis the developer can assess the code that has not been adequately tested. It’s best to focus on the areas where the coverage is particularly low and try to analyze why this code hasn’t been tested fully.

JaCoCo uses the standard JVM Tool Interface. During a build a JaCoCo agent attaches itself to a JVM. When the JVM starts. and whenever a class is loaded, JaCoCo can use the agent to see when the class is called and what lines are executed. This is how code coverage statistics are collected. When the JVM terminates it creates the coverage report file. The reports are published in the directory /target/site/jacoco.

The report types that are supported are the following:

One of the most useful features is the visual manner it presents its statistics in.  JaCoCo can be integrated in various IDEs such as Eclipse or Android Studio by installing a simple plugin.

The report will also highlight the lines of instructions that have not been called and/or have low code coverage. This is illustrated by the screenshot below. The general color coding scheme that JaCoCo follows is the following:

JaCoCo and other coverage measurement tools are great to have in a developer’s tool belt. JaCoCo saves the developer’s time by pinpointing the exact location where the code coverage is low, providing a more specific area to focus on. The JaCoCo tests do not take long at all to generate as they are created while your unit tests are running. By taking a few minutes to install the JaCoCo plugin you are really going the extra mile to help make your code better covered and tested. This tool should be instrumental for helping you progress in the development process in order to create more high quality software. 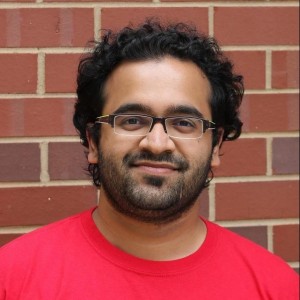 Sagar Sane is a Sr. Director of Architect at Blue Acorn iCi with over five years of professional web development experience. He has 4+ years of experience working with AEM / CQ; primarily focused on server side development and integrations of AEM with other systems. He also works closely with the sales and architecture teams to help out on various efforts - including project estimations / scoping, designing and developing technical implementations for AEM projects, etc. In his free time, he enjoys music, cooking, and watching sports - especially Cricket.
View All Posts By This Author